This talk has now ended.
0UPVOTE 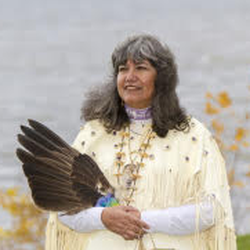 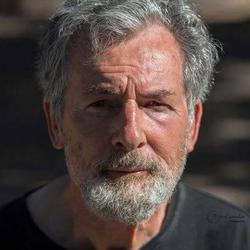 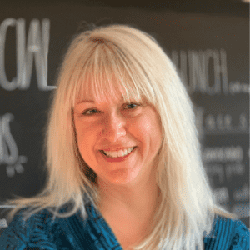 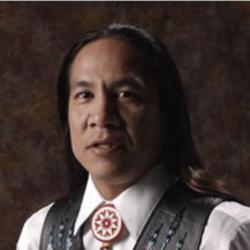 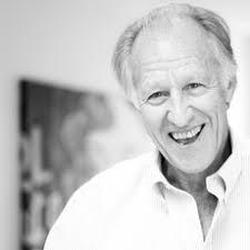 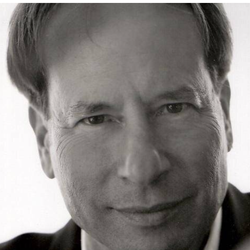 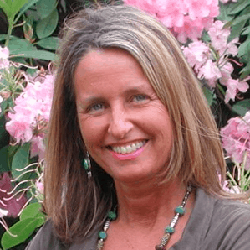 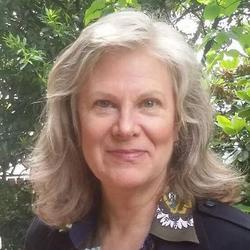 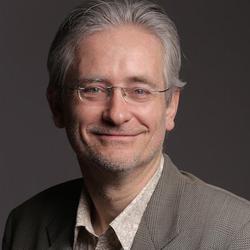 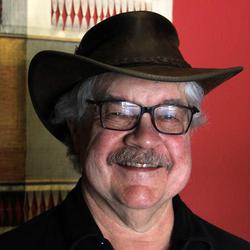 This Process has 2 steps: 1) Glenn Aparicio Parry will facilitate a smaller dialogue circle with a blend of stewards and Native American participants for about 1,5 -2h 2) We will then ripple out in wider groups, each facilitated by a member of the inner circle and continue the dialogue for again about 1,5h. The dialogue might then ripple further into your communities and organizations. Glenn will facilitate this circle by introducing us to the Hybrid Dialogue Variation of Bohmian Dialogue developed in the SEED Institute's Spirtual Language Conferences from 1999-2011.

Susan Kaiulani Stanton (Mohawk/Native Hawaiian) is the Founder and Senior Grandmother of Grandmothers Circle the Earth Foundation, an international organization that travels the world in service of Mother Earth and future generations, giving birth to new Grandmother councils all over the planet. Susan is Vice-President of the Great Balance, bi-located in the United States and Colombia with a focus on building a culturally appropriate university and the planting of one million trees to protect and perpetuate the culture and sacred land of the mamos, the Indigenous People of the beautiful Sierra Nevadas de Santa Marta. She is a delegate with the International Public Policy Institute to the United Nations Commission on the Status of Women, and has also participated in United Nations forums on Indigenous rights. Susan lives with her husband Brad Walking Bear Stanton (Narragansett) on the Mississippi River in the heartland of North America.

Harlan McKosato is a member of the Sac and Fox Nation of Oklahoma and grew up on the Iowa reservation in north central Oklahoma. He's also a commentator for National Public Radio's talk show All Things Considered, and serves on the screening committee for the Grammy's Best Native American Album category.

Glenn Aparicio Parry, PhD, of Basque, Aragon Spanish, and Jewish descent, is also the author of the Nautilus award-winning book, Original Thinking: A Radical Revisioning of Time, Humanity, and Nature (North Atlantic Books, 2015), and an educator, ecopsychologist, and political philosopher whose passion is to reform thinking and society into a coherent, cohesive, whole. The founder and past president of the SEED Institute, Parry is currently the director of a grass-roots think tank, the Circle for Original Thinking. He earned his BA in Psychology from Allegheny College, and went on to earn both his MA in East-West Psychology and his PhD in Humanities with a concentration in Transformative Learning from the California Institute of Integral Studies. Parry organized and participated in the groundbreaking Language of Spirit conferences from 1999-2011 that brought together Native and Western scientists in dialogue, moderated by Leroy Little Bear. He has appeared in several documentary films, including “Journey to Turtle Island” by Spanish film maker Miryam Servet, and “SEEDing Change: A Retrospective of the Language of Spirit Dialogues,” directed by Joyce Anastasia, produced by the Foundation for Global Humanity. Parry is a member of the Institute of Noetic Sciences and the Theosophical Society as part of a life-long interest in bridging the arts and sciences. His first career was as a rock and roll booking agent in Woodstock, NY. He has lived in northern New Mexico since 1994.

Mary Alice Arthur is a Story Activist. She specialises in using story in service of positive systemic shift and to access and create collective intelligence on critical issues. She brings a love of powerful questions and the craft of creating compelling conversations to her gift of working with stories. Narrative applications, together with participatory practice, forms the key part of her work. She sees her art as creating and hosting spaces for wise action, where people can step in, step up and step out powerfully together, clear about their common foundation, committed to their highest aspirations and taking back the power of their stories. Mary-Alice’s work demonstrates her belief that our stories are the key to unleashing our knowledge, the wisdom is in the group, and that life is too short to have a boring meeting, an unchallenged imagination or an uninspiring conversation. She is a powerful synthesiser and meaning maker, valued for her insight and ability to make the complex understandable, the simple profound and the pathway clear. People often say they love her stories, feel faith in groups again and feel well and wisely held

May East is a sustainability educator, spatial planner, and social innovator. Her work spans the fields of ‘artivism’, urban ecology, and women’s studies. Designated one of the 100 Global SustainAbility Leaders three years in a row, she leads a whole generation of regenerative educators and practitioners in 49 countries working with community-based organizations and intergovernmental agencies in the development of policy guidance and projects strengthening climate resilience, food security, and livelihood action. A UNITAR Fellow she has an MSc in Spatial Planning with a specialization in the rehabilitation of abandoned villages. As CEO of Gaia Education, her passion is to co-develop Project-Based Learning trajectories supporting indigenous and migrant communities and their traditions to survive in rapidly changing environments while enhancing their opportunities to become the designers of their desired future.

Career – “Having studied architecture, run businesses in the hotel, construction and property development industries, and owned businesses in fashion clothing and motor industries, I became consumed by the potential of Dialogue in the 1980s, worked to develop the field of Dialogue and eventually became a full-time Dialogue consultant in the 1990s.“ Interests – “My childhood experiences in the Rhodesian bush left a lasting imprint in my soul of the seamless inter-relationships in nature. Now, whether working with clients, holidaying on beaches in Brazil or South Africa, or skiing in France or New Zealand, I am often reminded of that.”

Is author of The Conscious Activist, Cultivating Peace , Soul Awakening Practice (June 2017) and other acclaimed works. James is a former President of the Institute of Noetic Sciences, Washington office director of Amnesty International and CEO of the Seva Foundation. He worked with the Middle East Council of Churches in Beirut during a time of war and massacre and lived in Turkey for five years during civil upheaval and coup d’etat. He has taught peacebuilding to over a thousand students in 30 countries. He has also conducted frontline social healing dialogues around the world. He is a member of The Evolutionary Leaders group and on the Advisory Board of The Peace Alliance and Kosmos Journal. James also mentors emerging leaders. He is an Honorary Fellow of the Laszlo New Paradigm Institute. James is both an activist and mystic. see: https://Jamesodea.com

I have a Ph.D. in philosophy and I am publisher of evolve, the leading German integral magazine on consciousness and culture. I speak internationally on cultural evolution and the different spiritual and cultural currents that have formed our postmodern world. I am a faculty member at Meridian University in California. Together with Elizabeth Debold I created the “Emergent Dialogues,” an innovative We-space practice and pioneering experiment in conscious communication, which we use globally

Hi, I’m Bob Stilger and I founded New Stories in 2000. I now serve as President of NewStories. I created New Stories because I needed a new story. Before founding New Stories, I had spent 25 years as the co-founder and Executive Director of Northwest Regional Facilitators, one of the early community development corporations in the Northwest. We did some extraordinary work that changed people’s lives, but it was not leading to more healthy and resilient communities. I needed new stories about true community transformation. My work at NRF was satisfying, but I felt a deep need to understand what might make enough of a difference to really make a difference. After I left NRF in 2000, over the next several years it grew into four separate organizations. NRF changed its name to Community Frameworks; our property management subsidiary corporation Spokane Housing Ventures became a separate corporation as did our nonprofit capacity building arm, Northwest Nonprofit Resources. Our Family Care Resources division became part of Spokane’s Community Minded Enterprises. All fine organizations doing important work today. But I needed to learn more about resilience and transformation. In 2000 New Stories partnered with Meg Wheatley from The Berkana Institute and Christina Baldwin from PeerSpirit to launch a global leadership initiative called From the Four Directions. I started to come into relationship with the people I needed to learn from. I was drawn more and more into the web of Berkana and by 2004 took on the Co-Presidency of Berkana with Deborah Frieze, succeeding Meg. Our work with From the Four Directions connected the people who, during the first part of the century, went on to create Art of Hosting and the Berkana Exchange, a learning community of people and places around the world committed to building thriving resilient communities. Many of these dear friends and colleagues are now part of our New Stories Social Field. I did extensive work with people in Zimbabwe, South Africa, Senegal, Greece, India, Pakistan, Brazil, Mexico, and Australia during this time, connecting them and learning with them about how to build healthy communities. I completed my doctoral dissertation at the California Institute of Integral Studies, learning with these wonderful people about how to create new movements for a new society. I saw them practicing what I’ve called Enspirited Leadership. In 2010 my world shifted yet again when I was invited to introduce Art of Hosting to Japan. Japan had been a spiritual home since my student days there in the early seventies. For the last five years, it has been my main place of work. Japan’s triple disasters of earthquake, tsunami and nuclear radiation on March 11, 2011, created an irresistible call for me to stand with people in communities in the disaster region to help them create the future they wanted, rather than simply waiting for the government to recreate the past. It has been an extraordinary learning ground. Some of this work is described in a December 2013 article in Society of Organizational Learning’s Reflection’s Journal: Disaster as a Springboard for Resilient Communities. Eiji Press of Tokyo published my book When We Can’t See the Future, Where Do We Begin? in Japanese in June 2015. Mill City Books published AfterNow: When We Can’t See The Future, Where Do We Begin? in October 2017.